If you enjoy the cold, piercing air, winter can offer stories of mystery and intrigue. Step outside on a snowy day and you can’t help but notice. Small oval-shaped depressions made in the sparse fallen crystals the night before – might be in front of you. The patterns left reveal the lives of the animals who live in the forest – the snow-scriven tales of a close but wily neighbor – the red fox.

Yet, until this season, the behavior of these cat-like canines had not been studied in southern New Hampshire since 1943. For three months, I followed their journeys–to discover their hidden whereabouts.

On my first day out, the frozen water reflected what sun was left. I held my breath – in awe of the beauty. Presented was a canvas of a single-tracking pattern made by the night-time hunter – fox magic.

They crossed the thin flurry covered ice with direction and purpose. They were intentional. On a mission. These paw prints not only told the intimate story of travel, but they began the journey that unveiled the obscure behaviors I so wanted to study.

For a Moment the Fox Magic Stunned Me and I Lost My Cadence.

As they left the pond I was able to find the rhythm of the woodland creatures as they progressed into my soul. Relax and breath–taking in the cold air, the smells, my heart. Blending with our shared ecosystems–nature and animal.

They continued up the hill into the woods where red spruce added their fragrant oils to the frigid air. The patchy accumulation of snowflakes made it difficult to chart the imprints.

The fox trotted for two hundred and sixty meters before it stopped and sniffed the ground. This small depression made in the snow gave way to the beginning of a story laced with secrets. The captivation was the teasing knowledge – only this small canine knew what it was sniffing for.

Could it Had Been a Mouse?

Or a reproducing female, also called a vixen, who passed through the week before?

“A fox is always wrapped in a world of odor,” writes wildlife photographer Leonard Lee Rue 111 in The World of The Red Fox. “A fox hunts into the wind so that the scent of its prey is borne down wind.”

This moment of inquiry moved my stilled my breath once more into a meditation of suspense and fox magic. The gait changed from a trot to a walk and the distance between the front and rear foot pads appeared closer together. Single-tracking wasn’t as precise.

What was this beautiful creature seeking? What was the fox magic?

The tracks lead to a stone wall. Three depressions in a triangular pattern revealed while balancing on three legs a mustard-y stain. Along with this entry to his story, the penetrating aroma of uric acid confirmed to me this was a breeding male fox, otherwise known as a dog.

The scent was strong and fresh, close to the musky odor of a skunk. The stone wall was only marked that morning. Could this nocturnal hunter know that a female in estrus was in his vicinity and be marking his territory to keep other males away?

“One point is clear–urine scent-marking s one of the foxes’ most common behavior,” writes Dr. J. David Henry, professor at University of Regina, Saskatchewan, Canada in Red Fox: The Cat-Like Canine. “I have watched fox scent mark up to seventy times per hour.”

Before scurrying up the road, this publicizing male fox had begun to dig around the stonewall checking the minutiae of crevices. He veered into a mixed dominated hardwood forest with a dense understory of balsam fir, continuing at a trot.

I dropped to my belly and crawled for two hundred and three meters on my hands and knees to get under the brush. My mantra inspired me and kept me focused. Tracking the nighttime hunter . . . tracking the nighttime hunter . . .  Working to distract me as getting whacked in my face by low hanging branches and crawling on my belly was not a favorite place to be but I was determined.

The Maneuvering Imprints Continued Their Accounts

In a habitat suitable for only this creature and its prey. Seeing now the copious traces of snowshoe hare. The trails were so numerous they compressed the snow, which made reading their history difficult.

Breathing helped me focus on the new paw prints that appeared, coming from the opposite direction – they belonged to another fox attracted to the musky odor of the urine left on a hemlock seedling nearby. A clue revealed – scent marking stained with blood surrounded by four neatly placed food pads announcing that a female in estrus had engaged herself in the advertising male’s territory.

The two sets of marks converged. Dog and vixen had walked for six meters side-by-side before they sat down. Perhaps they had been separated for many days, and sitting gave them connection to each other.

The Pair Began to Trot, Moving Closer to the Monstrous Granite Rocks

Together they scent-marked along the way, leaving their aromas on tree seedlings and snow mounds. Exploring the shallow caves under the boulders. It became difficult to tell if they were passing through or looking for a warm, sheltered place to rest because of the limited canvas.

At the end of the tracking day, two sets of tracks stopped on top of one of the largest formations. Not only did the urine show blood present but the two depressions made in the snow – side by side declaring the enigma of the two wild canines.

In the northeast, when the cold weather blends to warm, the meanderings of this pair will once again be concealed – remaining a mystery. 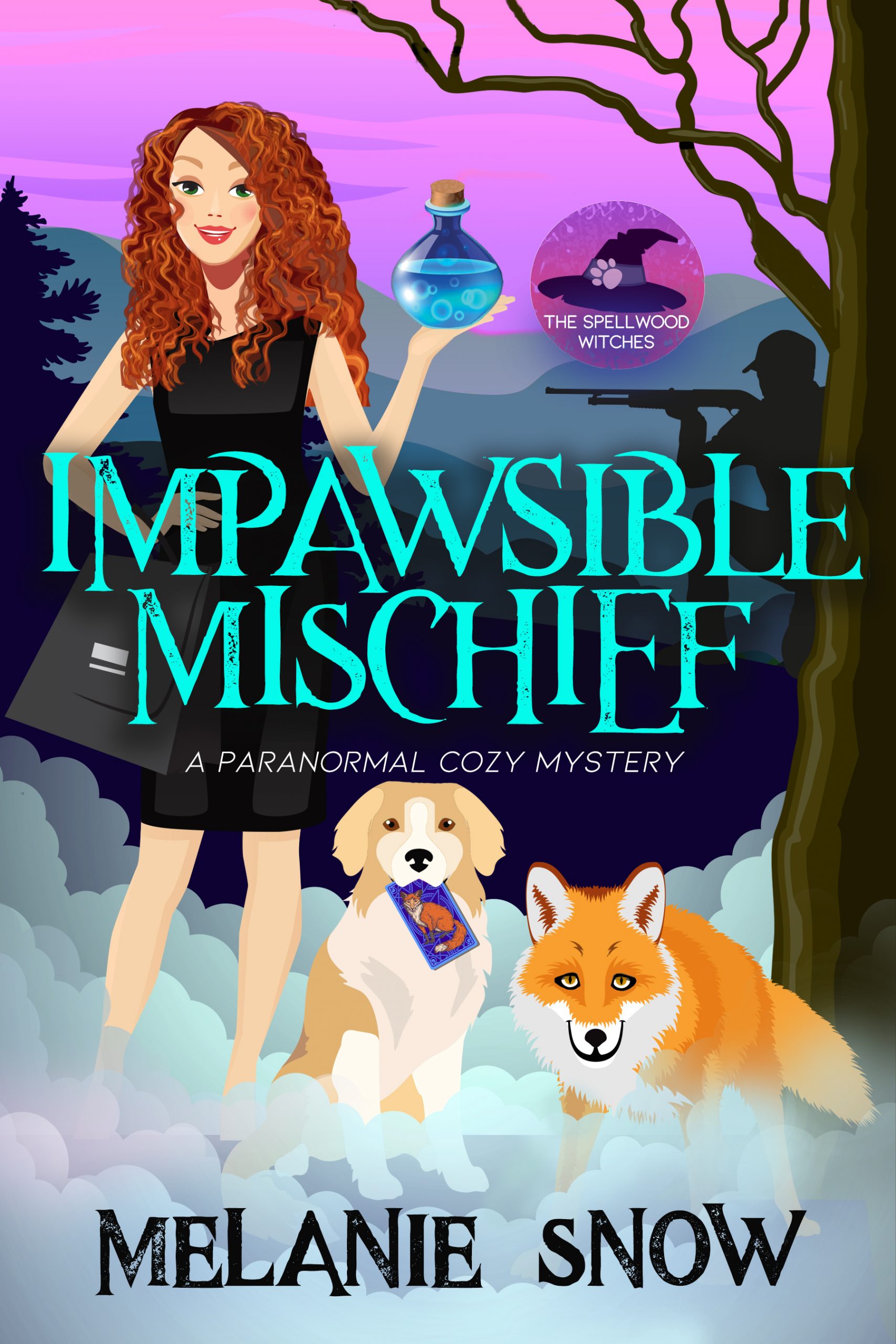 The Fox is an awesome creature. This story needed to be told in

Book 4 in The Spellwood Witches 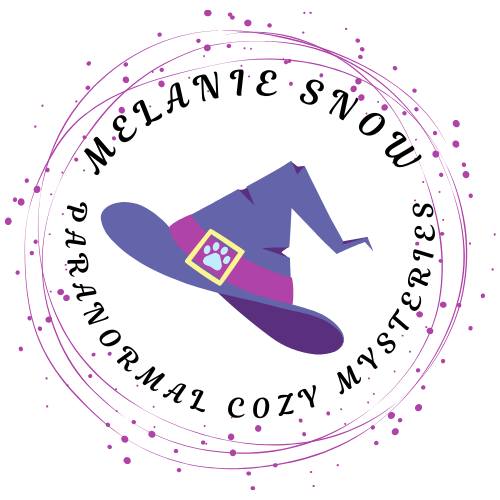 Melanie Snow is an author, animal communicator and medium. She weaves together positive magic, snarky forest faeries, and insightful animals with fun and eclectic humor. True life adventures and intuition are spun into her stories laced with unbridled imagination. She has been followed by wild wolves in minus sixty degrees and has frequent paranormal experiences. You can find her books on here. Contact Melanie to be your next podcast or event guest. 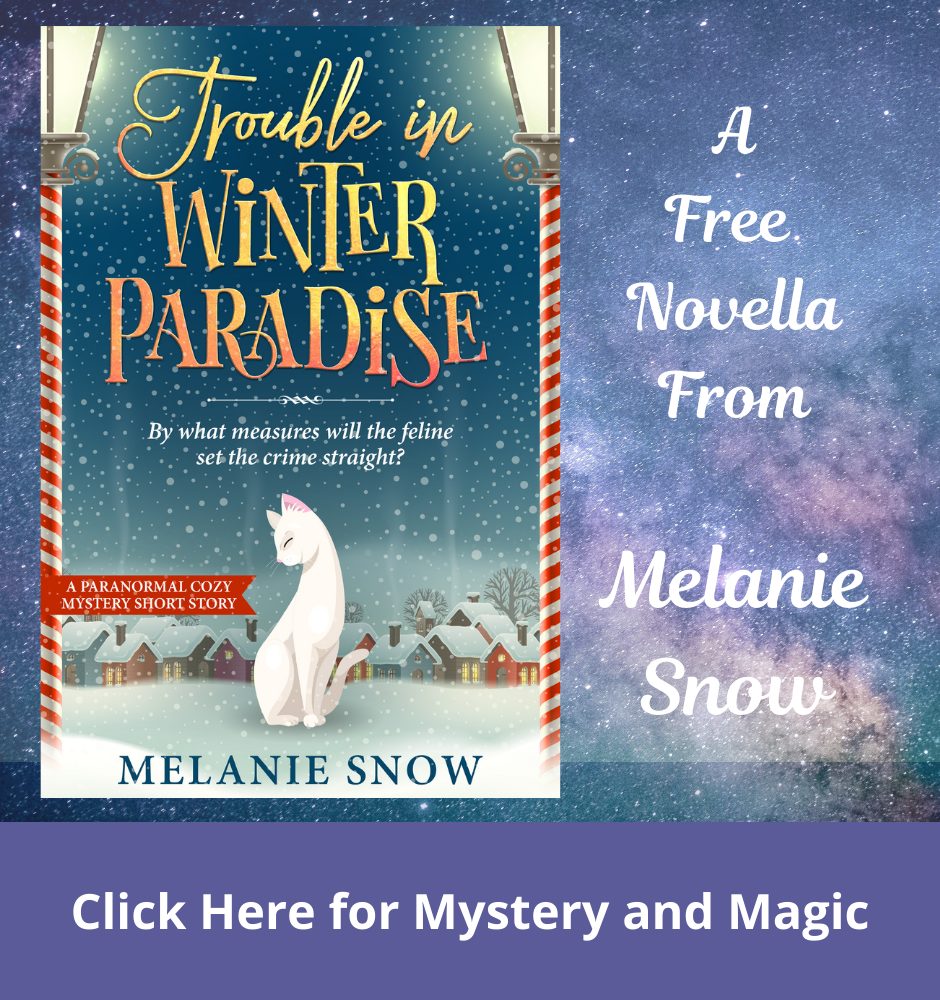 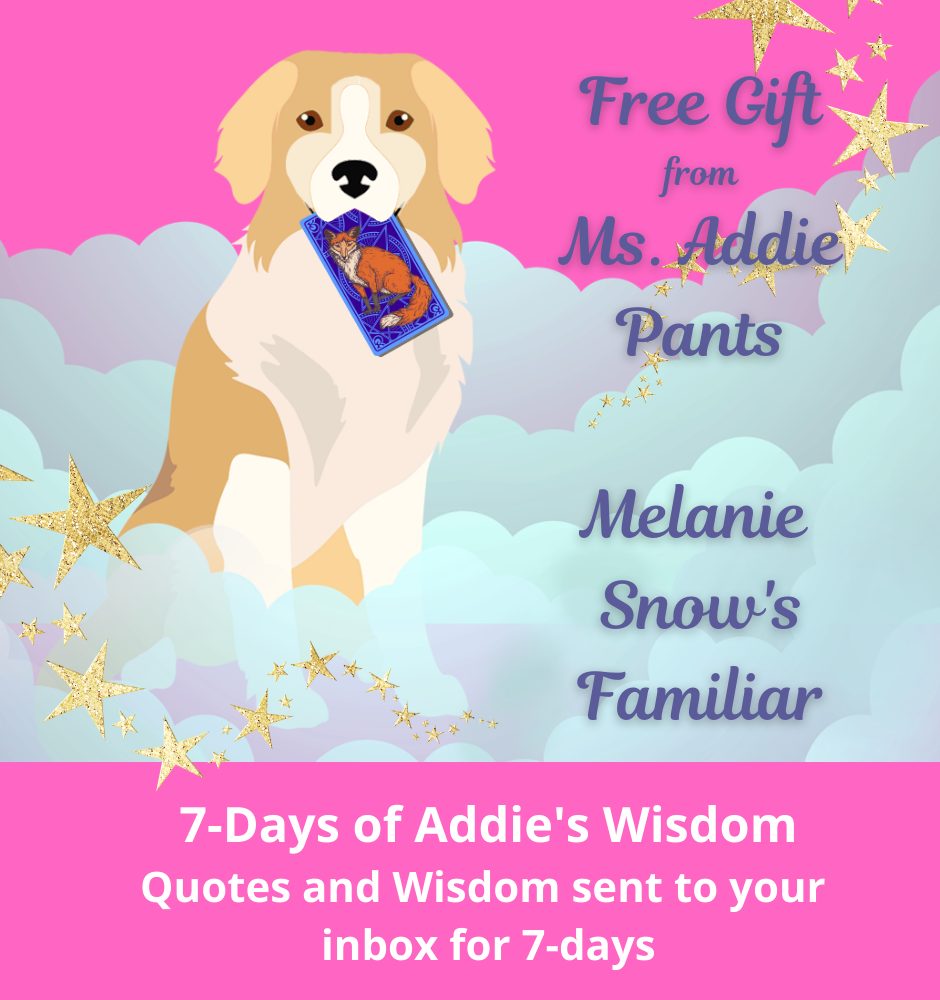